Professors are hit-and-miss at research universities. Sometimes you’ll get a Nobel Laureate who’s the world’s leading expert on quantum chromodynamics but can’t spell the word “orange,” and sometimes you’ll be stuck with a “great lecturer” who doesn’t seem to know any of the required material themselves. Below you will find a carefully assembled list of five professors whose classes you should actively seek out, just for the experience of taking a class with said professor.

Reader, how could we write a list of top professors at Berkeley without mentioning this guy? Professor Frenkel is a Mathematical genius, and he is super nice as a person. Some people might find him hard to follow during lecture, but that’s because he is very passionate about the subject and wants to explain everything from his perspective. Students complain because the material is hard but other than that he’s an excellent professor.

Notable classes: CS10 – The Beauty and Joy of Computing and CS61A

Dan Garcia’s CS10 class is widely regarded as one of the most fun classes an undergrad can take. It provides practical knowledge of computers—although it’s really baby programming—with an enthusiastic instructor. The problem with Garcia lies in the fact that Garcia makes people like programming. Rather, he makes people think they like programming, when in reality, they know too little about it to make heads or tails of the real CS major. He also makes CS sound like fun. And let’s face it. CS is anything but fun.

Professor Filippenko is consistently voted best professor on campus by students. He dresses up like a black hole for Halloween and throws candy to his students. Here are some comments students have to make about him:

“He is incredibly respected in his field, obviously cares for his students, and delivers enthusiastic lectures that are succinct and well organized. Midterms were both pretty easy; Final was a bit more tricky but the curve made up for it. An A was definitely achievable, but be prepared to work for it! Lectures are course-captured; DO NOT get behind!”

“By far the best professor I have had at Cal! He’s such an amazing man, and has so much passion for teaching and for his students. Going to his lectures was the highlight of my day, and he was always willing to take questions and stay extra time during office hours to help his students. Take his class before you leave Cal – he is incredible!!!!”

Goldsmith is everything anybody could want in an English professor, except for the British accent. And he doesn’t wear as much tweed as one would hope. And he doesn’t smoke a pipe. Everything else, though, he’s got. If the only things you require in an English professor are those three things, then meeting him will be awkward. But not as awkward as David having to bring Saul the foreskins of a hundred Philistines in order to marry Michal! And that’s the kind of stuff you can learn about in Goldsmith’s English C107 class, The English Bible as Literature. This class could easily devolve into a debate-heavy, cringe-inducing hour of talk, but Professor Goldsmith’s cool demeanor lends itself to an awesome classroom experience where everybody is too busy being enraptured by his non-English accent to even check Facebook.

Taking a class with Professor Song is kind of like sky-diving, mostly in the sense that in both situations you’re likely to be scared for your life. Professor Song’s classes are known for their difficulty, and students have to be either incredibly brave or a little bit masochistic. The only real reason to take a class with Professor Song is to feel as if you’ve earned that you belong at UC Berkeley. That, and you’ll get to feel much smarter than everybody else who took the class with another professor. In his class, students worship at two altars: the altar of logic and the altar of partial credit.

These guys should be top priority for registration. And if for nothing else, sometimes you just want a professor that is easy going and interesting! 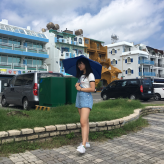 Hi, my name is Sharon and I am a first year student. When I’m not studying, I enjoy reading, playing piano, art, traveling, spending time with my family and friends, and of course, writing.

The 15 Most Ridiculous College Courses You Won’t Believe Exist

8 Signs of a Toxic College Relationship

Instagram
Hii!! My name is Allegra Crawford and I’m from Highland Park, IL. I am most likely going to Auburn in the fall and plan on majoring in biomedical sciences to become an orthodontist. I also plan to rush in the fall. I love being with friends, shopping, lacrosse, and going out, but enjoy a night in, too! I would love to meet new people and I am looking for a roommate to most likely live in the quad or the village so please feel free to reach out💖
What’s up my name is nick keener from Lancaster pa! I will be attending west chester university. Some of my hobbies are watching football, playing basketball and just having a good time with friends!
hi everyone! im madi and im from northern illinois. i will be attending the university of alabama double majoring in management information systems and marketing in the fall! i plan on rushing and am so excited for game days and college life! i love going out w my friends, shopping, traveling, and naps (lol). im so excited to meet you all and i cant wait for the next four!!!!! #rolltide 💋#humansofuniversity
hey y'all!!! my name is brooke hughes and i am from newnan, georgia! I grew up at UGA fan (shocking i know) but the tide pulled me in! I love football, true crime documentaries, and reading.
heyyy, my name hannah and i’m from haysville, ks. i go to campus highschool and i’m 100% commuted to KU. I’m going on the Pre-Pa path and although i’m not completely sure what i want as my major i’m leaning towards human biology. i’m also thinking about minoring in dance. for my hobbies i love thrifting, dancing, hanging out with friends and just trying out new things. i’m currently look for a roommate and am open to any of the dorms. my instagram is h.annah.ruth and my snapchat is hannah46100!!
Hey y’all! My name’s Ocean and I’m a fourth year student at Stony Brook University. I’m a Pre-Med, double major in Biology & Political Science, and a triple minor. I’m very involved with activism & student government, and have a strong interest in environmentalism & public health. When I’m not cramming for my midterm, you can find me cooking, knitting, trying out archery, video editing, or spending quality time with my friends. Feel free to hmu! ◡̈ #humansofuniversity
Hi my name is Jillian Olson and I am going to San Diego State University majoring in Psychology and minoring in pre law. I love hanging out with my friends, shopping, traveling, trying new things and doing anything spontaneous. I always take candid photos of my friends and candid videos so if you like that. Text me if you wanna be friends because I will be in need of them :)
Heyyy i’m Daniela! I just moved to Naples Florida from Jersey. I am fully committed to elon and am so excited! I’m planning on majoring in psychology. I love going out, beach days, going to the gym and shopping! Feel free to reach out I love making new friends!!!
Hi!! My name is Heidi, I am from Carroll, Iowa and attending University of Iowa in the fall as a freshman!🤍I do a variety of activities and I am a social girl, I am excited for college and meeting new people, making friends, and having fun! feel free to reach out to me! #humansofuniversity