Here’s a slightly helpful preface: I’m from India; a third world country disguised as a first world global capital. I’m sure that covers the entire Southeast Asia in fair capacity, but then again, it can be argued that anywhere is as far as too far from the utopian Empire State. Surely enough, I had no idea what I was heading into as I entered the city in an airport shuttle. I was steady on my ability to wing it with the information overload that NYU Facebook group, Casey Neistat vlogs, and Simon & Garfunkel playlists had wired into me. Sadly, the internet can only take you so far.

The next logical step would be to talk about routine surprises such as the city’s towering structures, prices and attitude; a cutting stereotype. I want to tell you about something uncanny, concealed by the gorgeous Manhattan skyline, in the footpaths and on the go, that has taken my timid tourist soul aback – the New York pedestrians.

I wasn’t even a week old in Manhattan when, while walking, which you end up doing a lot here, I heard, “You’re stupid! I don’t like stupid! I don’t have time for stupid! Never be stupid around me!”, in the thickest accented I have encountered yet. That came from a tiny middle aged lady waving her arms and pointing fingers, at a bunch of tourists, twice her size, who had partially blocked the footpath – typical.

Now, I wanted to wave this incident off as the first of many, but it kept bugging me. And like a faithful over-thinker should, I’ve dissected the dialogue for you! The following is something you must actually think about.

When you’re not around fellow fresh tourists and newcomers, which might comprise 80% of the people around you, you’re around purpose driven and intense people aka NY locals. When they’re gunning for their goals, it’s between you or their living. So don’t be surprised when you’re called versions of your name that clearly don’t resound with the original. It has nothing to do with bad intentions. Consider it as the awkward office smirk. You’re supposed to acknowledge it, awkwardly, and move on.

I don’t like stupid! I don’t have time for stupid! Never be stupid around me!

Hey, it’s a proud democratic state, so they let you know why you were served the NY style. This is something you might hear a lot – “I don’t have time for…” Now you might think the easy counter would be to pick at the logistic flaws of their schedule, but I’m here to tell you that it isn’t as much to do with the clock as you think.

It’s about their awareness of being replaceable, of being outworked, of their limited time to here and the privilege of having it. Us students have a habit of looking past things; past middle school onto high school, then onto college and now onto the life you want ten years from now. Let’s take one from the New York pedestrians. There are thousands of us. As we try to throw and catch the craziest parties in the city, let’s remember to have that little New Yorker in the back of our minds to remind us, in the signature accent of course, that we’re replaceable, capable of being outworked, have limited time in this mecca and are privileged to have it. This is the real culture shock you need to prepare for. 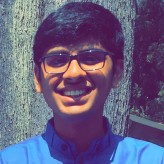 Here’s the relevant stuff. I slugged it out in the preliminary stages of the Indian education system, and I got off right before the real grind began. Now I'm staring at four years in NYC, studying something other than the science staples. I'm confused, and here to share it!

Top Back-to-University Films and Series You Should Watch