1. Economics explains a lot of things

If you whittle down economics to its most fundamental principles, it is basically the interactions of supply and demand. In this class, you learn about what things cause each of those to change. Furthermore, you learn how each of those changes affects the average consumer. Even if you never take another economics class, this intro class will give you a much greater understanding of why some things are so expensive and others aren’t, in addition to peculiar price changes stores make.

One of the most beneficial parts of taking economics is being able to apply what you learn in the real world. In many other classes like advanced math and history, you don’t really apply what you’ve learned very often in real life. Economics is the complete opposite. You learn about cost-benefit analysis, which is basically a way to determine whether or not you should do something. In this, you’ll learn to consider a lot of potential costs and benefits that you weren’t aware of, and also learn to disregard some that you’ll realize don’t actually matter. These kinds of skills can be applied from something as simple as whether or not to go out with friends on a Friday night, to deciding what major to take!

Whether or not socialism and/or capitalism are good or bad is a heated debate on most college campuses, and UVA is no different. Whatever stance you may or may not have, taking ECON 2010 will certainly educate you more on the ups and downs of both. Everyone benefits from this, you will either find ways to strengthen your arguments about which one you think is better, or you might even change your mind!

Not only is Professor Elzinga a great professor in the classroom, but he demonstrates his knowledge of economics all around the country. He has advised Supreme Court justices, given talks all around the country, and been featured on several cable news channels. He has connections with seemingly everyone, and this adds greatly to his lectures. He also does his best to keep lectures as fun and interesting as they possibly can be. Despite his age, he is still very humorous and nimble.

5. He gives a fair and balanced approach to both sides

Many professors at UVA and other universities inject their own opinions and bias into their lectures, and in many cases that adds to the lecture. However, economics is a science and needs to be as un-biased as possible. Professor Elzinga handles this task very well. He avoids politics at all times and simply delivers the facts about different economic situations. In the vast majority of cases, he won’t even tell you his opinion unless you ask him after class. 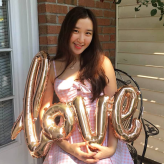 5 Reasons Why Every uOttawa Student Should Take a Philosophy Class

How to Get Involved Politically at UVA