I’m the only person from my high-school that is currently enrolled at an American university. I graduated in a class of 146 students who all stayed in Europe (or does Brexit make that politically incorrect?). I take, maybe undeserved, pride in my status as an American student. Telling friends, people who have lived in the Netherlands all their lives about going to live in New York and speaking English fluently, and they just about combust. To so many people, not just in the 20’s, the American Dream is still alive. It’s alive and kicking and they want to be a part of it, to sleep with the enemy if you will.

I was drawn to US universities because I refused to be bound to the culture of Dutch drinking and student-life. I shied away from UK universities because I was afraid to be restricted by the limitations of a focused degree. And then I started to look into American university options. Wow. I had never heard of anything remotely like a major, a minor or a flexible degree. There was so much freedom in education and I wanted to cut loose from the cage-like feel of the European schools I’ve attended. Scrolling through course selections and descriptions, it was amazing, so much choice and so much diversity. You could truly do or choose anything.

I’m not quite naive enough to believe that American schools are all full of sparky professors that wear off-brand converse and are more like friends to students than dusty intellectuals. And yet I met a professor who I could call ‘dude’ in class in my freshman summer program at NYU. He swore in class, at just the right moments though, everyone laughed and everyone was comfortable laughing. At my international schools, we addressed teachers formally, emails were formal and neat, we spoke when spoken to.

There’s a sense of freedom in American universities that I, as a young European have yet to find in Europe. 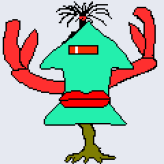 Currently a sophomore. An expat child and hungry traveler. From the Netherlands, but every place feels a little like home.

10 Things New Penn State Student Should Do Their First Week