Physics is the branch of science concerned with the nature and properties of matter and energy. The subject matter of physics, distinguished from that of chemistry and biology, includes mechanics, heat, light and other radiation, sound, electricity, magnetism, and the structure of atoms. Physics is a very popular and common major to choose at SDSU. Although it can be challenging, physics is a great major to choose and will be a good major to pave your path into success.

The study of physics is considered the foundation of modern science. It has fascinated the nest minds of every age – from Newton to Maxwell, Einstein, Bohr, Schroedinger, Oppenheimer and Schwinger. The study of this diverse field encompasses areas such as optics, electricity, magnetism, the properties of the solid state, atomic structure, nuclear structure, motion, relativity, space and time. Physics also plays a significant role in chemistry, biology, astronomy, and geology, and in the applied sciences of engineering and technology.

Students who become physics majors will be selecting a rewarding and vital career. The great burst of activity during the last 20 years has instilled a new excitement in physics. For example, the invention of the laser in the late 1950s revolutionized the field of optics. These advances stimulated whole new areas in physics applications. Superconductivity has led to the search for a high-temperature superconductor so that electrical power might be transmitted without loss; quantum mechanical tunneling has led to the tunnel diode; and solid state physics brought about the transistor and its successors. The career opportunities for physics graduates are as diverse as the eld itself. They include research and development; management or administration in industrial laboratories or government agencies; technical sales; electronic design; laser instrument research; and secondary teaching.

a. Complete preparation for the major.
b. Complete a minimum of 60 transferable semester units.
c. Have a minimum cumulative GPA of 2.0.

To complete the major, students must fullfill the degree requirements for the major described in the catalog in effect at the time they are accepted into the pre-major at SDSU (assuming continuous enrollment).

The following courses are prerequisites to the physics minor and do not count toward the 15 units required for the minor. Physics 195, 195L, 196, 196L, 197, 197L; Mathematics 150, 151, 252. The minor in physics consists of a minimum of 15 units to include Physics 350, 354, 360, 400A; Mathematics 342A. Courses in the minor may not be counted toward the major, but may be used to satisfy preparation for the major and general educa- tion requirements, if applicable. A minimum of six upper division units must be completed in residence at San Diego State University. 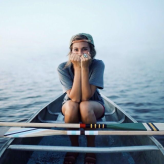 My name is Jessica and I love travelling and blogging! I really enjoy writing tips and advice for university students! Hopefully my articles help you with your university life!

Everything You Need to Know about the Business Major at SDSU

Instagram
Hii! My name is Asianna Junge and i’m an incoming freshman at Rice University! Some fun facts about me are that I was accepted through the QuestBridge National College Match, i’ve been in STUGO for 9 years, i’m currently working to provide free menstrual care in my schools bathrooms, I LOVEEE Studio Ghibli, I LOVEEE cats (even though i’m allergic), i’m planning to major in business, and i’m learning to play the guitar!
Hii! My name is Grace and i’m from Longview,TX. I am not 100% sure yet but Ole Miss is one of my top choices for the fall!! I plan on majoring in marketing and am definitely rushing! I’m currently looking for a roommate and am so excited to meet new friends!
Hii!! My name is Allegra Crawford and I’m from Highland Park, IL. I am most likely going to Auburn in the fall and plan on majoring in biomedical sciences to become an orthodontist. I also plan to rush in the fall. I love being with friends, shopping, lacrosse, and going out, but enjoy a night in, too! I would love to meet new people and I am looking for a roommate to most likely live in the quad or the village so please feel free to reach out💖
What’s up my name is nick keener from Lancaster pa! I will be attending west chester university. Some of my hobbies are watching football, playing basketball and just having a good time with friends!
hi everyone! im madi and im from northern illinois. i will be attending the university of alabama double majoring in management information systems and marketing in the fall! i plan on rushing and am so excited for game days and college life! i love going out w my friends, shopping, traveling, and naps (lol). im so excited to meet you all and i cant wait for the next four!!!!! #rolltide 💋#humansofuniversity
hey y'all!!! my name is brooke hughes and i am from newnan, georgia! I grew up at UGA fan (shocking i know) but the tide pulled me in! I love football, true crime documentaries, and reading.
heyyy, my name hannah and i’m from haysville, ks. i go to campus highschool and i’m 100% commuted to KU. I’m going on the Pre-Pa path and although i’m not completely sure what i want as my major i’m leaning towards human biology. i’m also thinking about minoring in dance. for my hobbies i love thrifting, dancing, hanging out with friends and just trying out new things. i’m currently look for a roommate and am open to any of the dorms. my instagram is h.annah.ruth and my snapchat is hannah46100!!
Hey y’all! My name’s Ocean and I’m a fourth year student at Stony Brook University. I’m a Pre-Med, double major in Biology & Political Science, and a triple minor. I’m very involved with activism & student government, and have a strong interest in environmentalism & public health. When I’m not cramming for my midterm, you can find me cooking, knitting, trying out archery, video editing, or spending quality time with my friends. Feel free to hmu! ◡̈ #humansofuniversity
Hi my name is Jillian Olson and I am going to San Diego State University majoring in Psychology and minoring in pre law. I love hanging out with my friends, shopping, traveling, trying new things and doing anything spontaneous. I always take candid photos of my friends and candid videos so if you like that. Text me if you wanna be friends because I will be in need of them :)